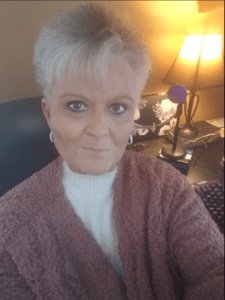 I did not go looking for this, quite frankly it was the last thing on my mind. But little did I know the day I looked up and saw Donald J. Trump gliding down that escalator that his life was not the only one about to change forever.

I will never forget glancing up and seeing him, first surprised because I never have the television on during the day. My television doubles as my computer monitor and not being into watching daytime TV, I was surprised at myself.

But what happened next will remain etched in my heart, mind and soul for as long as live. I remember sitting there looking him up and down and at the same time thinking simply, “Donald Trump?”

Almost instantly, God downloaded into my spirit the answer. He showed me that this man was of His choosing and that he would be our next President.

Instantly, I understood. I just ‘got it’ why God would select this billionaire businessman. He was an outsider, not a politician, and independent of the corrupt political apparatus.

That was it. From that moment on it was imprinted on my spirit and it’s a good thing because what God had in store for me would require unshakable Faith and absolute confidence in what He was about to do.

I received that download from the Lord and then went on about my business unaware that very soon, I too, had a date with destiny.

A short time later, someone added me to a Facebook group called ReTrumplicans. To be honest, I went there with the intent to ‘unjoin’ because people can sometimes add you to groups you did not request to be part of, but once there something compelled me to look through the posts.

These were people who also understood not only why Donald J. Trump would make a great President but also the desperate condition of our country. While reading through posts about the media attacks and other political happenings, I said to myself, “What this nation really needs is prayer.”

So, I took it upon myself to create an illustration because I’m a visual person and pen a prayer. I posted it not having any idea if it would get any response or how it would be received.

Well two things happened, it got attention and I got attacked. I started getting Likes and Amen’s but then there was this one. You’ve heard it said there’s always one in every crowd?

I realized later that satan had this person lined up to attack my post in an attempt to get me to back off and shut it down. This individual was an atheist who had no business even commenting on a prayer post. Why not just pass it by and leave the Christian alone?

Because she was on a mission, whether she knew it or not, to stop the birth of a prayer movement that would help propel Donald J. Trump to the Oval Office. But it’s what happened the next day that surprised me.

The next morning as I made my way into my living room I felt compelled to pen another prayer. I was hesitant because of what had taken place the day before but then I realized, not penning another prayer would be caving.

After a few moments of deliberation, I decided the best way to kick him in the teeth would be to do it again. So, I did. I designed another illustration and penned a prayer.

This time, even more, Likes and positive comments. Then something strange happened, the next morning as soon as my eyes opened I knew before I could do anything else for the day, I had to do another prayer.

A PRAYER VIGIL WAS BORN

That was July 2015 and from that day to this, I have created and posted a prayer every day since. When I say every day, I’m not kidding. I have not missed or skipped one day. I have posted despite surgeries, death, emergencies, through tears of pain and personal attack, every single day.

During that time, we had to make the incredibly hard decision to put our precious Bella to sleep. We rescued her from the Humane Society even though she had a significant heart condition. She was with us for little over a year. On that last day while she rested in my arms, I penned my prayer.

While sitting next to my husband in the hospital in the middle of the night, I prepared graphics and penned my prayer for the next day. Some prayers have been a remix when I’ve been up against the wall but yet it seemed as if the Anointing was upon them just the same.

Since the beginning, I have had multiple surgeries, but I prepared prayers ahead and my son posted them for me. The first thing I would do the next morning after coming home from the hospital was get as comfortable as possible and do my prayer.

It became apparent very quickly that these prayers were touching the heart of the intercessors. Constantly I am told how the words I pen have changed the prayer lives of so many. I had no idea the far-reaching effect my daily assignments as I call them, would have. Some say that I put into words what they are thinking but don’t know how to express.

One thing was for certain, there was an army of faith-filled individuals who were looking for a place to come together in one accord and partner with others who believed as they did.

My prayers became that rallying place.